Miracle faith ministries is a divine ministry aiming at building the kingdom of God. The main stream ministry has got many projects and other sub ministries that is Najjanankumbi Miracle Centre church , Miracle Primary School . 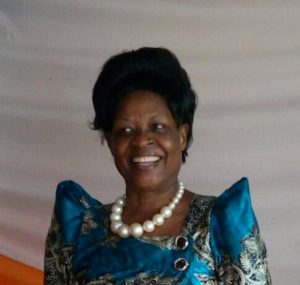 Miracle faith ministries was initiated by it's director Ssekayi Gertrude the senior pastor of Najjanankumbi Miracle Centre Church which she started to help the suffering nationals in Uganda way back in 1986.

This was right after the liberation war that had been raging in the country in which Hundreds lost their lives. Many regions in the country had been through the negative effects of the war, crime rates were high, and it seemed like many in the country had little to look forward to. There was no hope but at such a time as that, Miracle Faith Ministries(MFM) was established against the odds; a ministry that would soon help reach out to the helpless, the underprivileged, and the needy with a message of hope in the saving grace of the Lord Jesus.

MFM  started operations in-spite of the economic situation then. Even the infrastructure was dilapidated in most of the regions around the country. The government had very little to offer to the people as it had its own challenges to address. The government had some 146-State owned enterprises but most of these were only on paper at the time due to the fighting within the country which had occurred less than 1 year earlier. At this point, the proprietors of MFM felt something could be done in empowering the people with skills so as to ensure that hope is restored to broken homes, broken families, and most important of all, the broken hearts.

Mirroring on the prevailing circumstances, at the time and the fact that the Gospel of our Lord Jesus Christ was the most important avenue through which the people of Uganda could achieve their lost glory, the proprietors set about working under the newly formed Miracle Faith Ministries (MFM). The initial operation of the ministries was based at Najjanankumbi Entebbe Road. However, the registration would be finalized until some 28 years later (in 2014) when the Government started calling for registration of all church based undertakings. 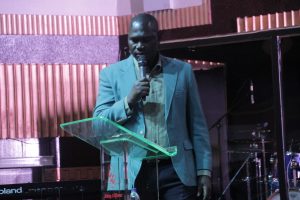 William gave his life to Christ in 1991, and has been in leadership for many years.

The Board of Directors comprises of 10 members (6 ladies and 4 men). The Board of directors has a constitution which MFM stipulates the qualities necessary for one to become a Board of Director. This Board of Directors in MFM is responsible for the strategic decision making in the program of the different undertakings that MFM starts with. The Head Teacher of Miracle Primary School, the Pastor, the Coffee plantation and the Poultry Farm managers, all report to this Board of Governor. The Board gives reports about the overall progress of the various entities for which they are responsible to the director and the deputy director on an annual basis. These reports are provided by the heads of the entities on the 31st December each year.

Spreading the word of God through preaching and conventions. These conventions are sponsored entirely by the local church and he well-wishers in the organization. The preaching for the outreach efforts has been mainly done through crusades and seminars. It highly believed that once these community members are brought to an understanding of the word of God, and what their maker wants them to do, they will have a definite purpose in life and lead more meaningful lives. Empowering the community members with income generating skills and services, even those that are depressed and feel that life is meaningless are given counseling and in some cases rehabilitation. There have been attempts to help those that have very limited opportunities in life, to bring them on board such projects as the Coffee Tree Plantation, Miracle Primary School, and Poultry Farm.